Do they allow remote work?
Remote work is possible, see the description below for more information.

We are looking to hire engineers that care as much about empowering developers as we do and have embraced the cloud native phenomenon that is taking over the world. We strongly believe that Ambassador Labs’ success is dependent on hiring a diverse team. Diversity means a broader spectrum of perspectives, ways of working and approaches to solving problems; we feel it is critical to helping foster the creativity, innovation and sound decision-making our customers love us for!

Ambassador Labs is a remote-first company with “pods” in Boston, Portland and Montreal. Everyone is 100% remote, and that's the way we'll stay. We do have a few physical offices for team members to go to on a part-time basis to fuel their creativity through brainstorming and watercooler conversations, if you're looking for that. This is our way of offering the best of both worlds.

About the Job
As an engineer at Ambassador Labs, you will be working on products aimed at drastically improving the way cloud native developers work. Your impact will be felt by thousands of users at companies like Epic Games, Microsoft, PTC, Ticketmaster, Cisco and Unity Technologies. This is a rare opportunity to join a growing team of smart and empathetic software engineers. The role is focused primarily on development of new products and services.

We have loosely adopted Basecamp’s Shape-Up approach to development by undertaking well-shaped projects in six-week cycles. As a team, our focus is firmly on products that help users make the shift to the cloud with Kubernetes, front and center.

Here’s a bit more insight into what your work life will be like as an engineer on the Telepresence team at Ambassador Labs:

Our products comprise multiple services and those services are written in various languages (the best language for that particular task), but as a member of the Telepresence team you’ll work primarily in Golang.
You’ll work on Linux or Mac: some of us work on one platform, some on the other, each choosing whichever platform makes us the most productive.
You’ll also use your favorite IDE or editor; although we use different ones, we’re oddly free of those silly “mine is the best” discussions :).
You’ll work on our local development product as part of a distributed team building a feature, or reviewing open source community PRs, or improving performance and scalability, etc., in six-week development cycles, and then you’ll cool down between cycles doing self-directed learning, improving your tools, or maybe even hacking up a demo of an exciting new idea of yours.
You and your team will use GitHub issues and ZenHub or Notion to plan and track the work, Markdown for documentation, CircleCI for continuous integration, Docker Hub for the resulting images, and of course Slack and Zoom. You’ll have a weekly all-company (Zoom) meeting to stay current on all the things, but we try hard to minimize the number of scheduled meetings in order to maximize focus time.
Note that on-call responsibility is shared among all engineers in the organization, currently one week every three months.

About You
You are an engineer who enjoys developing products and you consider yourself a networking and distributed systems aficionado. At the core, you are motivated by figuring out ways for developers (your people!) to own their work through the power of microservices and Kubernetes. You’re driven by understanding customers and their problems. You move with purposeful action and, most importantly, you pride yourself on execution.

We’re looking for candidates with a strong track record of putting Golang to use to bring products to life. You’ve already had some direct exposure to Kubernetes and have a passion for creating WOW experiences while at the same time making continuous improvements. Have a great idea? Act on it! You don’t have to go through layers of bureaucracy to get things done at Ambassador Labs (first of all because that’s against our philosophy, and secondly because we don’t have layers of bureaucracy!).

How to Apply
We are looking forward to hearing from you. We move quickly and decisively. We don’t need to talk to 20 other candidates to make a decision, so if the fit feels right on both sides, you can be part of the team as soon as next week! The first step is speaking to our People Person, followed by the engineering leadership, and then a few of your future colleagues/team members. Interviews are typically 30 - 45 minutes, all remote. We’ll talk through your background, your approach to work, and dive into your technical knowledge. No algorithms, no off-the-cuff coding sessions, or brainteasers: we want to hear about your real-life experience and successes, especially the users that you’ve made happy.

This is a demanding application process and a significant career move that’s well worth considering. We appreciate you giving us that consideration, and we promise to give you our full attention in return. Talk to you soon!

Please mention that you found the job at Golangprojects.com 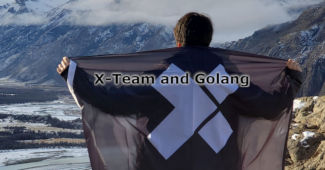 Full Stack Engineer (Golang) - Shipyard   (August 2022)
Remote US, 100% Remote
Shipyard is looking for a Full Stack Engineer (with a backend Golang focus) to build and maintain our cloud-based data orchestration platform. You will be responsible for scoping, building, and testin...

Software Engineer (Golang) - runZero
Remote US, 100% Remote
runZero is an asset inventory and network visibility solution that helps organizations find and identify managed and unmanaged assets connected to their networks and in the cloud. Powered by our resea...

Senior Backend Engineer - Pipe   (September 2022)
Worldwide, 100% Remote
Pipe is a new kind of trading platform that enables entrepreneurs to grow their businesses on their terms. By treating recurring revenue streams as an asset, Pipe allows companies to transform their r...